As it may be 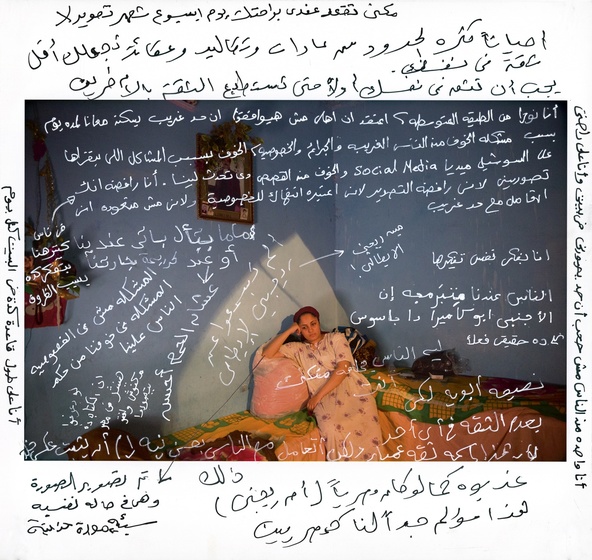 Magnum photographer Bieke Depoorter has visited Egypt regularly since 2011. She first went there during the Arab Spring. Travelling through the country, Depoorter set out to explore the downside of the uprising. During this time of great uncertainty and mistrust, each day she would look for a new place to spend the night, preferably with a family in their home. Looking beyond the news and the politics, she searched for the intimate moments that often happen at home. From 21 October The Hague Museum of Photography will be showing an exhibition of the resulting work, for which Depoorter was awarded the prestigious Prix Levallois earlier this year.

Though Bieke Depoorter was greeted hospitably, initially she was never invited in. She sensed that people wished to protect their privacy, and felt it would be impossible to gain people’s trust. But it was precisely the impossibility of the task that attracted her. Her quest for trust was the start of a long journey. An encounter would often begin with a cup of tea and lots of sugar, an invitation from a woman cooling off on her front of doorstep in the evening. Visitors would be given a bed in the guest room, where the chairs have gold legs and Chinese teacups unused since the wedding party stand in the cabinet. The dividing line between private and public is a white lace curtain in the visitor’s room. Beyond that, a pan of lentils stands on the stove, hair is plaited and a school uniform hangs on a hook.

Through her efforts to connect with people, Depoorter gradually became aware of her own perspective and position as an outsider, both culturally and as a photographer. In 2017, therefore, she decided to return to Egypt with the first version of her new book, to talk to the people about the photographs she had taken back. People from all over the country who happened to be passing by wrote their thoughts and ideas on the photos, as if they were putting subtitles to a silent film. This created a fascinating multi-layered conversation between people who might otherwise never speak to each other. This new layer breaks through our western view, puncturing the vacuum in which the images seem to exist. Depoorter will present these results alongside the original photographs at The Hague Museum of Photography.

Bieke Depoorter (b. 1986, Kortrijk, Belgium) graduated from KASK in Ghent in 2009. In that same year she was nominated at The Hague Museum of Photography for the Photo Academy Award, for her graduation series Ou Menya. In 2012 she became a nominee for the renowned Magnum photographers’ collective, becoming a full member in 2016. Her photographs record extraordinary encounters in painterly, often filmic images. She has previously published photobooks entitled Ou Menya, with pictures from Russia, and I Am About to Call It a Day, documenting her travels round America. While working on these three projects, Bieke Depoorter would look for a new place to sleep every day. Her route would be decided by a series of chance encounters, driven by wonder.

To coincide with the exhibition, Hannibal will be publishing the Dutch edition of As It May Be / Mumkin (ISBN 978 94 9267 717 4; €57.50). The English edition will be published by Aperture (New York) and the French edition by Edition Xavier Barral (Paris).

The exhibition has been sponsored by Pels Rijcken & Droogleever Fortuijn, The Hague Museum of Photography’s main sponsor. Thanks also to the Erik Bos Fund.