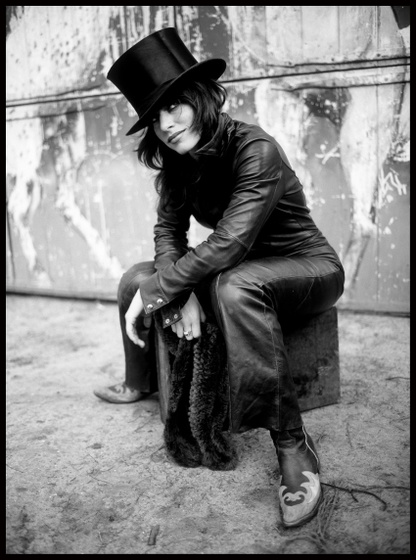 Days at the Parade

The Parade is the only peripatetic theatre festival in the world. In 2005 it celebrated its fifteenth anniversary. In honour of the occasion, photographers Koos Breukel, Corb!no, Annaleen Louwes, Hans Wilschut and Joyce van Tienen were commissioned to record their own highly personal impressions of the festival. This summer, the Hague Museum of Photography is exhibiting the impressive results: the Parade, in five different guises, ranging from exuberant colour to serene monochrome. Every summer the Parade travels a circuit that takes in the four major cities in the Netherlands: Amsterdam, Rotterdam, The Hague and Utrecht.

The festival ground is laid out like an inside-out circus, with the audience in the ring and the artistes surrounding them. There is every conceivable kind of entertainment: from theatre, dance and art right through to modern-day freak shows, attractions and spectacle of every kind. The five chosen photographers are representative of the diversity of contemporary photography and their pictures reflect the various ways in which the festival can be perceived. Annaleen Louwes’ (b. 1959) oeuvre over the last ten years has featured lengthy series in which she follows anonymous people living their lives in a world unfamiliar to the general public. Her photographs of the Parade reflect this approach by showing the well-muscled but exhausted bodies of those who erect the tents and stages (oddly enough, mainly women). They also include several pictures revealing what the festival ground looks like when the Parade has taken down its tents to move on to its next destination. Koos Breukel (b. 1962) is one of the most celebrated portrait photographers in the Netherlands. He invited carefully selected visitors to sit for him in a special tent and took black-and-white pictures of them, isolated from the hustle and bustle of the festival outside. He also took photos of the girls at the campsite where the festival workers bivouac during the event. Hans Wilschut (b. 1966) has become famous in recent years for his nocturnal photographs of urban and industrial landscapes, taken with his large format camera. Wilschut invariably works in colour and prefers to use extremely long exposures, creating the dynamic light effects that are such a distinctive feature of his pictures. He produced birds’-eye views of the Parade, for example by climbing onto the roof of the Boymans Van Beuningen Museum. Corb!no (b. 1959) has been active for over twenty years as a gifted portrait photographer specialising in pictures of artists, writers, politicians, theatre-makers and cineastes. He captured the performers in the Parade in his own inimitable manner, all in monochrome. He has the ability to make unforgettable portraits of his subjects while working in the most difficult conditions and with minimal resources; many a person photographed by Corb!no has been amazed by the results. Joyce van Tienen (b. 1976) is a member of the youngest generation of highly talented documentary photographers in the Netherlands. In her graduation year at The Hague’s Royal Academy of Art (in 2004) she made a great impression with a colour series of young children participating in adult sports like horse-riding and motocross. At the Parade, she concentrated mainly on photographing the youngest festival-goers. The exhibition will be accompanied by a splendid book, designed by Marten Jongema and reproducing the complete series of pictures made by all five photographers (Veenman Publishers, €35, ISBN 90-8690-009-7)