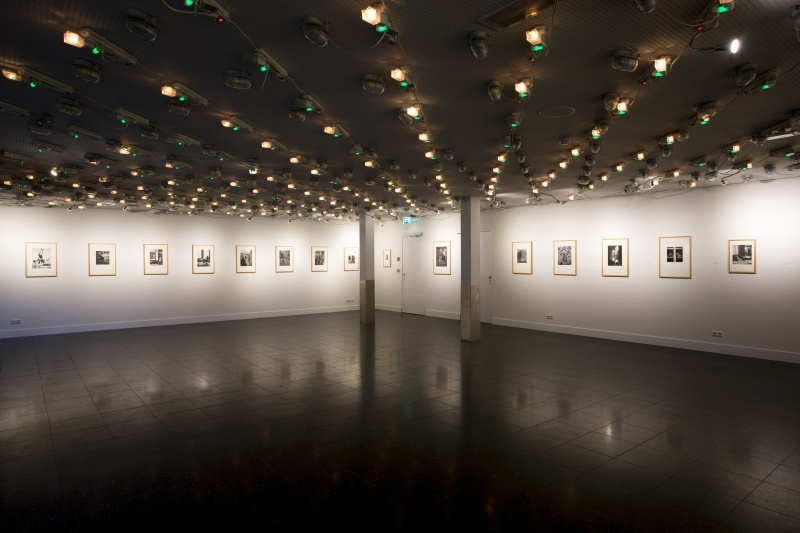 Free exhibition in the lounge.

Hague artist and photographer Dirk de Herder passed away in 2003 at the age of 88. Since 2006 the Gemeentemuseum Den Haag has had more than seventy photographs on long-term loan from the artist’s estate as a “promised gift”. After the death of his widow Louky van der Brink (in June 2013), the artist’s heirs decided to proceed with the intended donation to the museum and this is now set to take place at a ceremony in the Hague Museum of Photography on the 100th anniversary of De Herder’s birth: 14 December 2014.

Dirk de Herder was sometimes called ‘The last of the northern romantics’. His whole life was a quest for the poetic and aesthetic. In a long series of films, paintings, collages, boxes and books he sought to create his own flawless world. His romanticism influenced all his work – he preferred to have as little as possible to do with the society in which he lived. Inevitably, therefore, his photographs are always in black and white; colour would have been too much like painting and too close to the real world.

Dirk de Herder was born in Rotterdam in 1914. His father, Alle de Herder, was a musician and Dirk grew up in artistic circles. Initially he became a painter, but he quickly realised that photography allowed him to combine his twin passions: for observation and composition. His main contacts in the photographic world were with Brassaï, who was based in Paris but with whom he was nevertheless in direct touch, and with Henri Berssenbrugge in the Netherlands. In addition, he often associated with painters; for some time he was the favourite photographer of the COBRA movement and as a result became closely acquainted with Karel Appel and Corneille.

Light plays a prominent role in De Herder’s ‘photographic dreams’. His subjects were often found close to home: flowers, people, streets and beaches. They feature in his finest photographs: of an open window with a net curtain, shot against the light, and of nocturnal streets gleaming with rain. It is no surprise that he admired art photographers like Brassaï, André Kertész and Man Ray.