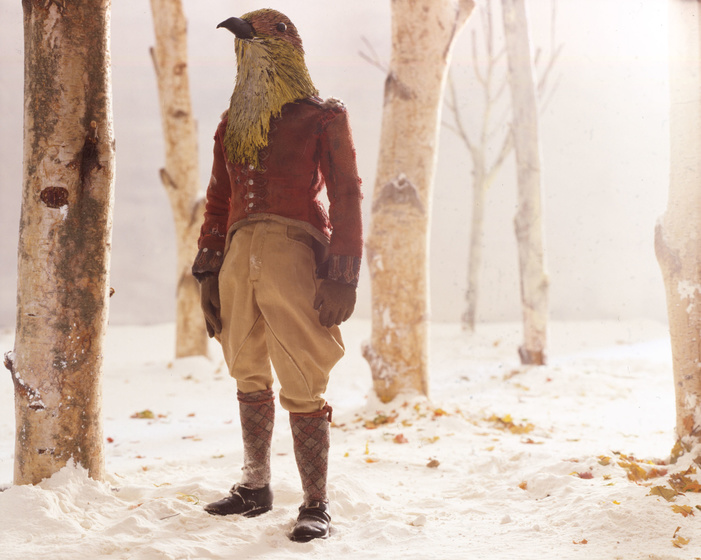 Both Paolo Ventura and Jasper de Beijer play with reality in their photographs. After all, a photograph shows what is seen through the lens. However, what if that is not actually reality, but a specially constructed version of reality? In his series War Souvenir and Winter Stories Ventura photographed events that he himself had never witnessed, bringing them to life with miniatures, scale models and dioramas. Jasper de Beijer goes even further: he makes life-size, three-dimensional models – often of paper – which he then photographs, producing images reminiscent of Victorian prints.

Fabulous Fictions shows us that, in their work, nothing is what it seems. Paolo Ventura and Jasper de Beijer, masters of narrative staged photography, do not use their camera in the traditional way, recording the world around them. They use it to tell their own stories. Drawing inspiration from the past, both these artists create their own universe, with great attention to detail and using enormous skill to produce sets and props that are almost artworks in themselves. By photographing these imagined worlds from the right angle, Ventura manages to convince us that we are part of the scene, while in De Beijer’s images we are not sure what we are really looking at: a print, an installation, another world? Paolo Ventura (b. Milan 1968) comes from an artistic family, and was originally a fashion photographer. His current work differs perhaps less from his fashion work than might at first appear. Both depict created or recreated worlds that do not actually exist. Two of his series will be on show in Fabulous Fictions. Winter Stories (2008) tells the story of a man in the final moments before his death, as he looks back on his life, in theatrical photographs that evoke the magical, mysterious atmosphere of Fellini’s films. In War Souvenir (2005), Ventura photographs not the moment of action itself, but the events just before or after. Jasper de Beijer (b. Amsterdam 1973) often takes months to produce a single photograph, building the scene in minute and perfect detail. In the series The Riveted Kingdom (2008) he revives the Victorian Britain of the industrial revolution in a world made of steel wire and paper. He seems to have the same irresistible urge to build as the nineteenth-century architects who built both the Crystal Palace and housing for the working class. The series Udongo (2009), on show to the public for the first time in Fabulous Fictions, is entirely different, however. On a trip to Ghana De Beijer was struck by the fact that Africa looks nothing like the exotic, Western image he had from photographs and stories. Life was just as banal there as it was at home. Back in his studio, he built a jungle set with life-size dummies which he photographed, approaching it not as a cultural anthropologist would, but in a way that gives us another picture of Africa which, despite the constructed scenes, actually appears more real than the photographs we normally see of the continent and its people.