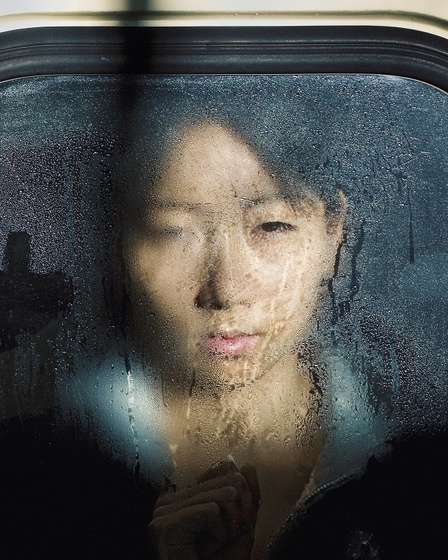 A figure behind a misted window turns its face away and closes its eyes in an attempt to evade the lens of the photographer. The metro passenger is crushed between fellow-commuters and unable to move when photographer Michael Wolf points his camera at him from the other side of the glass. Over the 2010-2013 period, Wolf returned time and time again to the same metro platform in Tokyo to lie in wait for his passing prey. The result is Tokyo Compression, perhaps Wolf’s most renowned photo-series, in which he explores the subjects of privacy and voyeurism in great detail. In the densely populated world cities where Michael Wolf works, these themes are unavoidable. The Hague Museum of Photography is about to exhibit a major retrospective of Wolf’s work, stretching from his earliest years as a documentary photographer right through to relatively recent series like Architecture of Density (2003 – 2014) and Transparent City (2006).

Michael Wolf was born in Munich in 1954. He grew up in the United States and Canada but returned to Germany for his further education. There, he was taught between 1972 and 1976 by Otto Steinert, the legendary professor at the Folkwang School in Essen. Wolf began his professional career as a photojournalist, working for renowned magazines like Geo and Stern. In 2003 he changed metier, becoming an autonomous visual artist. Nevertheless, his work remains rooted in the tradition of socially engaged documentary photography. Its core theme is the lives of people living in the great, ever-changing metropolises of today’s world.

Wolf’s impressive, wall-sized installation entitled The Real Toy Story (2004-2018) is a commentary on industrial mass production in China. A vast mass of ‘Made in China’ toys (around 20,000 in all, covering 40 square metres of wall) flanks the photographs he took of workers in Chinese toy factories. The shy and sometimes resigned faces of the individual workers stand in sharp contrast to the overwhelming mass of cheap toys.

The exhibition is a production by the Hague Museum of Photography and was premiered last summer during the major Rencontres de La Photographie photo-festival in Arles. It is accompanied by a catalogue entitled Michael Wolf Works, authored by Marc Feustel, Jan-Philipp Sendker and Wim van Sinderen (Peperoni Books, price € 50).

The Hague Museum of Photography is grateful for the support of its Chief Sponsor, the renowned Dutch law firm of Pels Rijcken & Droogleever Fortuijn, and of the Erik Bos Fund.