In the exhibition Parents, this summer the Fotomuseum Den Haag brings together works by more than thirty artists who have portrayed their mothers and fathers in a remarkable fashion. The selection of works shows that the relationship between parent and child is both universal and extremely personal and intimate. Through their work, the photographers provide an insight into their varied relationships with their parents, from loving and tender to aloof or dysfunctional. The exhibition also demonstrates the photographers’ great variety of approaches to their subject. While Corbino has opted for a carefully posed black-and-white portrait of his naked father, Deanna Dikeman has portrayed her mother and father waving in front of the house they have lived in for more than twenty-five years.

Inescapable theme
We all have very different emotional bonds with our parents, which can be translated visually into many subsidiary themes, such as love, kinship and joy or distance, grief and memory.
It is striking how many historical and contemporary photographers have photographed their parents. Some have done so in line with the commandment to ‘Honour thy father and thy mother’, with or without a loving tragicomic edge. Others have simply photographed their parents without the notion that this constitutes a subject. The ways in which photographers portray their parents are as diverse as the relationships they have with them. Whether a photographer opts for a sensitive portrait or a more conceptual approach, the result will always be autobiographical, a fact that enhances the image’s content and intensity.

From documentary to staged images
The ways in which photographers portray their parents are as varied as the personal relationships between parent and child can be. In some cases, the work is documentary, and the photographer chooses to create a (professional) distance between themself and their parents. Here the photographer temporarily puts aside their role as a child and simply records things as they are. Other photographers create a staged narrative and embrace the theatrical or even the banal.

A more modest and sober but no less conceptual approach results in images of spaces and objects that evoke memories of one or both parents who can no longer be physically present. They appear in our thoughts through visual fragments and afterimages. An example of the latter approach is the installation Unfinished Father (2015) by Erik Kessels, which is being shown for the first time in the Netherlands. This artwork consists of a classic Fiat 500 that Kessels’ father was restoring and numerous detailed photographs his father took to document the process until he suffered a stroke. The incomplete car represents Kessels’ father’s suddenly interrupted life.

Farewell exhibition
Parents is the last major exhibition curated by Wim van Sinderen, who will be leaving the Fotomuseum Den Haag at the end of 2022 after more than twenty years. He has been a curator at the museum since it was founded in 2002 and has curated numerous group exhibitions, including An Anthology: Photographers in the Netherlands 1852-2002 (2002), Gare du Nord, Dutch Photographers in Paris (2011), The Rush and Calm: Moments in the City (2014) and Farming Folk: Adventures in the Countryside (2016), and solo exhibitions by well-known Dutch and foreign photographers, including Anton Corbijn, Gerard Fieret, Erwin Olaf, Robin de Puy and Michael Wolf. 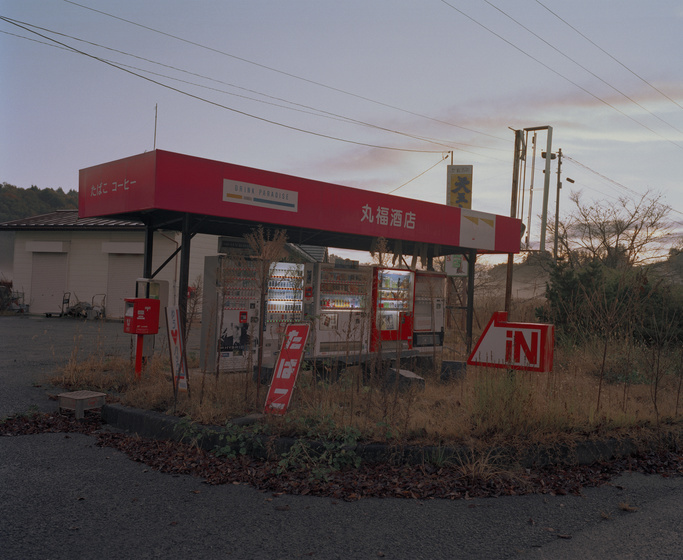