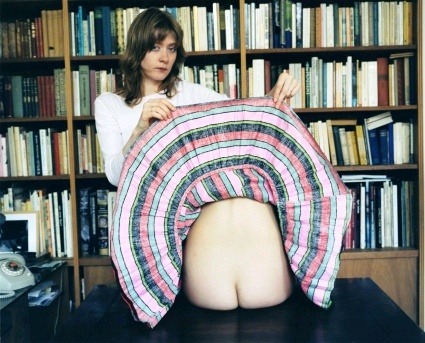 Over the last ten years, the distinction between ‘autonomous’ and ‘applied’ photography has become increasingly blurred. Since around 1995, a new generation of photographers has emerged in the Netherlands: a generation capable of switching without apparent effort or loss of identity and personal style from the creation of works for the gallery wall to the production of photographs for magazines, newspapers, annual reports and advertising campaigns. A strikingly large proportion of the photographers now successfully adopting this inspirational ‘crossover’ approach are represented by the Solar Initiative design agency in Amsterdam.

The new exhibition at the Hague Museum of Photography, entitled Solar - Section One, presents a wide selection of commercial photographs produced by Solar photographers between 1999 - 2003. The dozen or so photographers represented by Solar Initiative have many features in common: they all tend to work on location, in large shooting formats and in colour; they aim first to achieve an effect of clarity and everyday realism; and they introduce subtle changes to subvert this. However, distortions of reality are never achieved through subsequent digital manipulation of the image, but tend to be the direct consequence of intuitive adjustments made during the shoot: slight modifications in setting, perspective, lighting or framing. These creative qualities, more usually associated with autonomous photography, have proved to be extremely valuable in relation to commercial contract work. In order to stress the autonomous qualities of the work, the photographs in this exhibition are presented in isolation from their original application and hence ‘expropriated’ from the purpose for which they were made. At the end of the exhibition there is a separate, darkened room in which they are shown once again in the form of an audio-visual presentation, this time in the context in which they were ultimately used. The photographs on show include work by Elsbeth Struijk van Bergen, Elspeth Diederix, Marnix Goossens, Viviane Sassen, Thirza Schaap, Martine Stig, Stig/Sassen, Ingmar Swalue, Henk Wildschut and Raimond Wouda. Solar Initiative was established in Amsterdam in 1998. It is a new and experimental kind of design agency bringing together a wide range of creative disciplines, including design consultancy, graphic design, web design and photography. In negotiating its contracts, Solar Initiative almost always insists that the photographers should be allowed to retain their own style and visual philosophy. The result is a large measure of continuity between their commercial production and autonomous work. See also: www.solar.nl. or www.solarphotography.com The exhibition is accompanied by a catalogue containing an introduction by Wim van Sinderen and essays by Dingeman Kuilman and Ineke Schwartz; designed by Solar Initiative.112 pages, 80 illustrations. Published by Ludion, Ghent/Amsterdam at € 27.50. (Published by Ludion, Ghent/Amsterdam, price € 29.50, ISBN 90 76588 56 2) 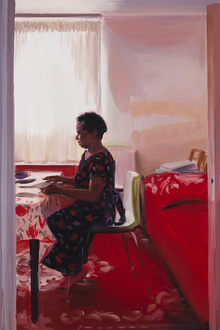