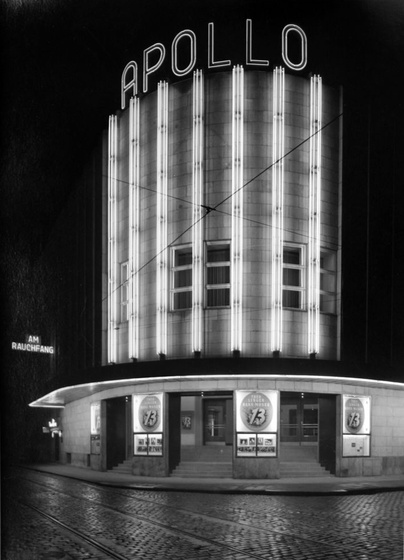 The rush and calm, moments in the city

A deserted 1950s theatre versus a packed metro train with passengers flattened against the windows. Just one of the many contrasts waiting to be discovered in The rush and calm, moments in the city, a major photo exhibition opening at the Hague Museum of Photography on 5 July.

Where else are social divisions so apparent? The city is a reflection of society and of the complexity of life. No wonder that its psychology is such a source of inspiration for photographers. The modern city presents an array of antitheses: it is both highly planned and labyrinthine, structured yet chaotic, a fast-moving and exciting place to live but at times a war zone from which to flee. In this show, 40 different photographers offer us their vision of the city in around 150 images. Most of the photographs come from one of the finest (anonymous) private collections in the Netherlands; a few are drawn from the collection of the Gemeentemuseum Den Haag. Top names include Karl Hugo Schmölz, Lee Friedlander, Diane Arbus, Ed van der Elsken, Mitch Epstein, Dana Lixenberg, William Klein, Walker Evans and Michael Wolf.

The exhibition starts with around 70 vintage photos by German architectural photographer Karl Hugo Schmölz (1917-1986). In the 1950s, Schmölz documented the austere buildings erected during the post-war reconstruction and industrial regeneration of Cologne in images full of icy precision and devoid of human presence. Few photographers have ever captured the serene abstraction of the city as perfectly as he did. His pictures – made with a technical camera (negative format 18 x 24 cm) – meticulously record the German Wirtschaftswunder and portray the new office blocks, department stores, cinemas and theatres conjured from the rubble of the Second World War. The modern, functional architecture of the new buildings is matched by Schmölz’s coolly detached and rational style. Yet he manages to introduce dramatic effects, for example by making his images as empty as possible or by taking his pictures at dusk in order to maximise the contrast between light and dark.

The exhibition goes on to trace the emergence of post-war social unrest and the advances of the 1960s and 70s via trends in urban photography such as ‘street photography’ (Ed van der Elsken and Lee Friedlander) and the ‘new topographics’ (Henry Wessel and Lewis Baltz). It closes with a look at the rise of colour photography in the 1980s and 90s (Mitch Epstein and Martin Parr) and at contemporary 21st-century developments in urban photography (Larry Sultan and Jitka Hanzlová).

In stark contrast to the serene perfection of Schmölz’s images, the show includes photographs in which you can almost hear the hustle and bustle of the city: photos like the clandestine images of the Barcelona red light district created by Joan Colom in 1958-1961 or the pictures snatched by paparazzo Ron Galella. Michael Wolf goes further, viewing the city as a claustrophobic nightmare, and his Tokyo Compression series shows long-suffering commuters flattened against the windows of crammed subway trains.