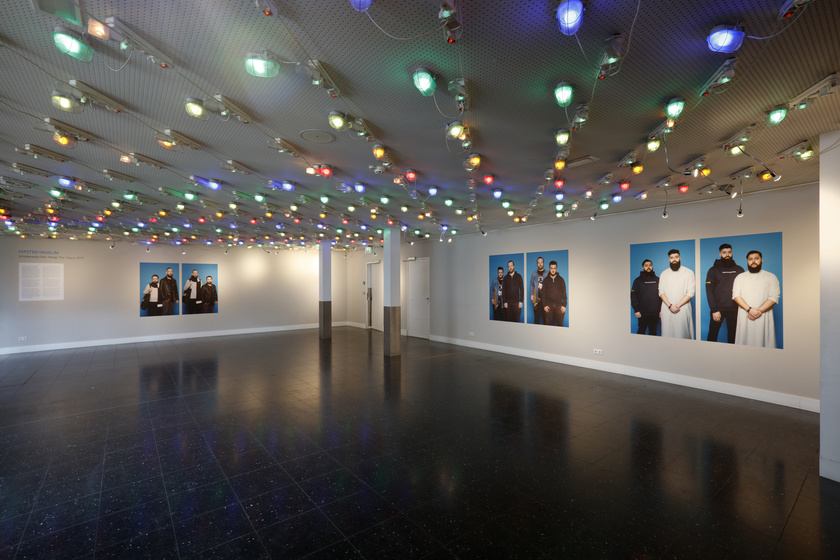 The portrait series HIPSTER/MUSLIM consists of pictures of three pairs of young men who have swapped clothes. One is a hipster (a hip, creative, urban twenty- something) and the other is a Muslim. Both have a beard.

But there are more similarities between these apparently contrasting ‘sub-groups’. They all feel a strong attachment to their neighbourhood and the city of The Hague, and they cherish their freedom to dress as they wish and to grow a beard. Yet while one tends to be labelled modern and progressive, the other is often described as conservative, aggressive and radical.

The contemporary portrait series by the collective Get Me - a place for today’s activist - discusses stereotyping in a playful manner. More than often, people tend to talk about the ‘subgroups’ hipsters and young Muslims instead of talking with them. They have become catch-all terms in which the actual definition is diluted and there is little to no room for colour, differentiation, and nuance.

With HIPSTER/MUSLIM, Get Me gives the floor to six guys from the neighbourhood where both hipsters and Muslims live, offering the public an insight into the vision of this new generation.

After Amsterdam-West/Amsterdam (2015), Borgerhout/Antwerp (2016), Molenbeek/ Brussels (2017), and Rotterdam- West/Rotterdam (2018), Gemeentemuseum Den Haag invited Get Me to develop the project in the Schilderswijk in The Hague.